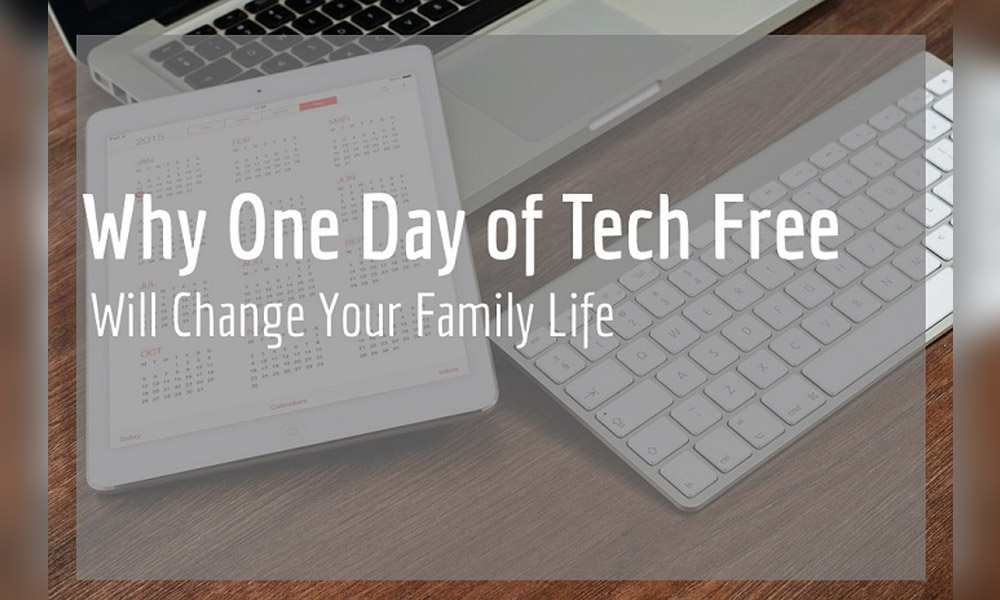 It’s okay – you can keep reading. We’re not going to preach to you about the level of tech your family indulge in or the amount of time you spend on it. That would be hypocritical of us because we’re as bad as anybody. Well, worse really – what with a blog-centred business and a nerdy husband.

But what we’re going to share in this blog is our experience of going tech free for one day a week. And boy is it hard!

Every now and again, I get a bee in my cookie cutting bonnet (frilly and peaked of course!), about the amount of tech we have in the house and the usage levels. You know what I mean, various tablets, phones, TV, games console, DS Nintendo. You name it – we seem to have acquired it over the last few years.  Although we’re not big social media users, we found ourselves permanently checking emails, texts, news, weather, latest offers etc. and only half listening to each other.

Even when camping or cookie making, tech has snuck its way in. But in January I felt enough was enough.  With long working hours, our family of three didn’t seem to be meeting up as often as it could. We were losing the family plot. Note I was a lone wolf with the concern!

So we held a family meeting. I don’t know about you, but we have these every now and then, where we bring up bug bears, or responsibilities. We’ve found it a great way to give our 11-year-old a voice. As an only child she often gets over-ruled. I think if she had a sibling we’d be more lenient. But I digress.

Back in January we decided one day a week would be tech free and agreed this would be 8.30am until 6pm on a Sunday.

Cold Turkey – Or how to leave your tech and not touch it, no don’t touch it!!

You think one day a week is nothing? You think you can deal with that no problem?  Hey – we’re not addicted to it. Pah!

Think how many emails you receive a day, how many times you say ‘I’ll just Google that’, or ‘’ll just catch up on a box set’. 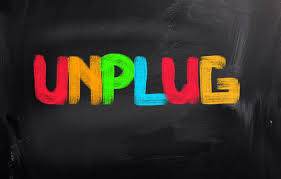 Now take all that tech away and fill your time with an activity that isn’t related to a plugged-in device (what’s one of those?). It’s very, very difficult, #firstworldproblems!

On our first Sunday we made plans. We got out walking, chatted and played board games. But keeping it up until 6pm was painful. Especially for me, who, selling mainly through Ebay wanted to check what needed packaging up!  The second Sunday was worse. The weather turned bad and our attitude to each other was not pretty. Our daughter managed to latch onto the concept as a way to enforce us to play with her. It was clear we needed to change our attitude.

It came about that we, as the adults and parents, missed the tech more than our daughter. She revelled in the idea of two parents, free of devices to entertain her, and interact to her rules! Now don’t get me wrong, we do a lot of talking and have dinners together etc. But over nine hours of attention, in one day, was blowing her mind!

We struggled. Unable to catch up with emails and texts we panicked that we would be needed and miss crucial messages. We didn’t miss the TV – we don’t watch it much anyway – except Game of Thrones. Oh, and don’t stand in the way of my Jon Snow. I did miss the automatic referral to the Internet – I need a good encyclopaedia. Oh don’t tell me – Encyclopaedia Britannica is online now.

Two years on, and we’re still alive, and doing it!

After a time, we adjusted the parameter of the tech free hours. We kept with Sunday but reduced the hours to 11-3pm. This gave us a chance to catch emails and Ebay sales before the evening. We’ve settled into it now and Sundays are resolutely tech free. We all know it and we work on it each week. Since we started we’ve done a whole host of activities, and try very hard to keep it family time.

What it’s meant for us

It means we try to find other things to do as a family. Last week we discovered a tennis court across the road from us. We knew the play park was there, but around the corner, Ta Da – a tennis court. We’ve been antique hunting, walking, kite-flying and story writing where the whole family built a story.

We saw Dragon Boat Racing in Swindon (which I’ve blogged about over on Born Again Swindonian, check it out – a great day), discovered parks that we’d heard about, but never actually visited and returned to Geocaching.

The daughter and I are currently learning chess, and have dug out all sorts of board games.  For future Sundays we intend to head off orienteering. That’s something we haven’t done since our Scouting days. And I’ve spied a Vintage Fair.  On that note, we may well have spent more money these last couple of years.  But then again – we might not – as we’ve not been on the Internet buying stuff. 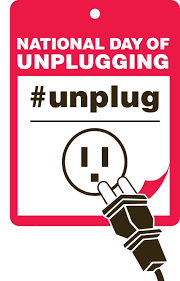 To top it all, there’s actually a National Unplugging Day, and while it’s fantastic to have such a day, it’s also a little sad. Do we need someone to tell us to unplug from devices? Judging by our family experience, it would appear yes.

I can say that it’s been a hard, but we’re fighting the urges because a tech free day has shown us what we’re missing.  We’d forgotten to have simple fun and find new ways to make family memories. All I can say is, if we can do it, with a computer nerd, and a tweenie, you’ll manage it too.

Until next time, have fun whatever you’re doing, and #getoutside.

2 thoughts on “Why One Tech Free Day, Will Change Your Family Life”